This was the first stay with the dolphins that Melanie herself wanted. Over a year ago she wrote: “I would like to go see the dolphins once again”. When asked why, she says, “Because they are the only ones who can look in my soul”. 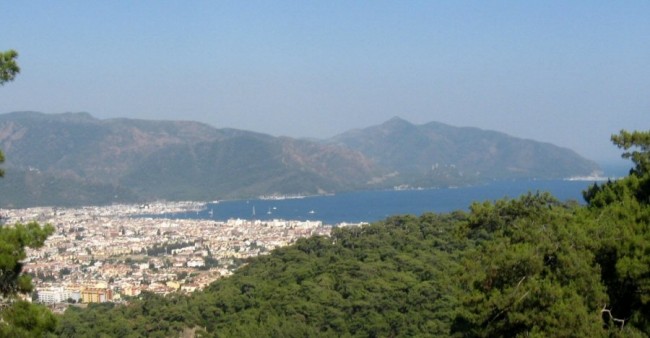 Our daughter would like to thank all those who have contributed with large and small donations and with loving assistance to the success. END_OF_DOCUMENT_TOKEN_TO_BE_REPLACED

Dolphin Therapy helped Serge: he smiles, concentrates better and is more alert of his environment.

Haltern: I am awaited. The thirteen year old Serge is excited, beaming at me through his thick spectacles. His mother, Dodo Akpaqnonite, wants to explain who the guest is, but Serge remembers my first visit, he knows why I have come, and he laughs into the camera.

”Serge is looser, more relaxed. He could open his hands and hold the dolphin’s fin. And he smiled a lot”. Dodo Akpaqnonite, Serge’s mother.

The severely disabled boy, who once could not move his arms, sat waiting. ”Hi, how are you?” I could even shake his hand. He grinned at me, which meant ”Everything’s OK”. I met Serge and his mother a year ago. She was tired, but she would not be beaten. Serge could neither concentrate nor coordinate his cramped hands. Even though he was strapped into a wheel chair he was always moving. His head shook with every change in mood. Had his wheel chair not been fully padded he would have been covered in bruises. His mother was constantly removing spittle from his chin. Now she needs to remind him to wipe himself, and usually he can. He can even open his hands.

Ten months ago during my visit he was sitting apathetically in his wheel chair. Now, he wants to ‘join in’ the conversation, laughing, humming, hand movements, rolling his eyes or blinking, he follows our conversation. 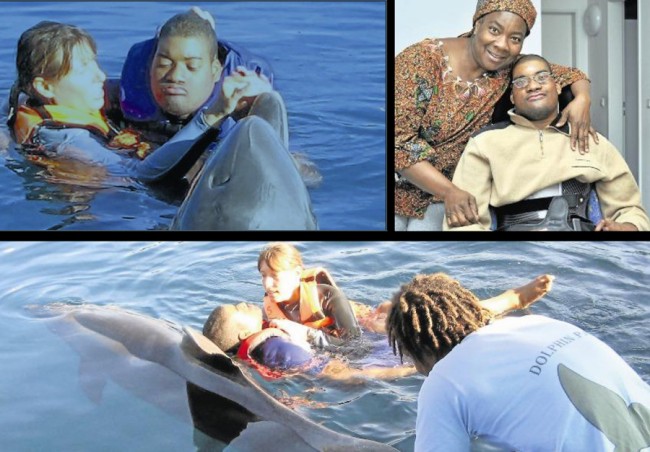 The mother related that she arrived back from Turkey on Tuesday. He had been in Marmaris for Dolphin Therapy, visiting ‘Flip’, ‘Frosia’ and ‘Jonas’, with his mother Dodo for two weeks. Their stay in Marmaris, said the mother, was very good. END_OF_DOCUMENT_TOKEN_TO_BE_REPLACED

We arrived back from Turkey a week ago. The Dolphin Therapy was super. The Hotel and surroundings were beautiful and we also had a hotel room suitable for disabled persons, even though the Hotel had informed you that such a room was unavailable. 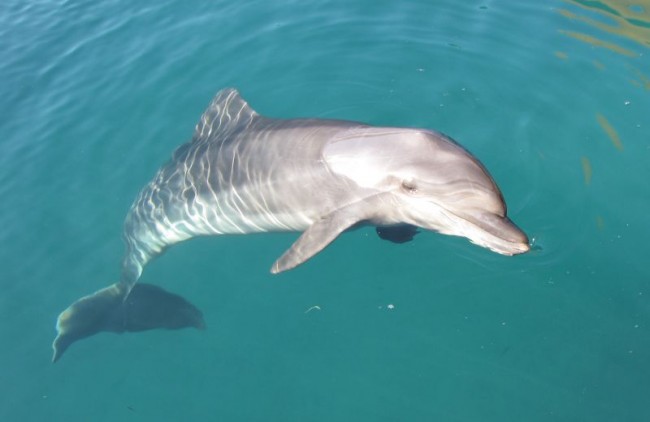 We found the Therapy most satisfactory. We were cared for by educated personnel who had the necessary expertise, they were very friendly and worked with us perfectly, as also with one another. It was well worth it and we can certainly recommend the Therapy Center. END_OF_DOCUMENT_TOKEN_TO_BE_REPLACED

Thank you for the wonderful time my son Waldemar and I had with you. We thank wholeheartedly the whole Onmega Dolphin Therapy Center team in Marmaris. The team was very kind. We would like to especially thank the following persons: 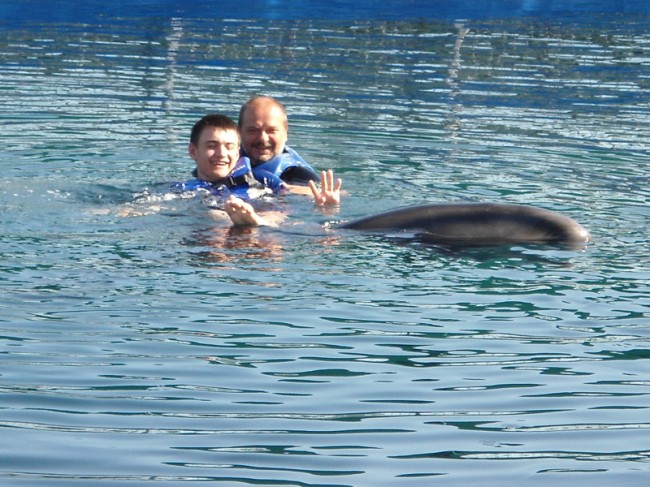 Waldemar danced, played, sang and swam with Flip during the therapy. I noticed results straight away and am looking forward to further developments. Through the therapy Waldemar has become more concentrated, alert and happy. The Dolphin Therapy was a great experience for Waldemar, one that he really enjoyed. Waldemar did not want to fly home, he wanted to stay with the dolphins. Waldemar looks at the photos and watches the video joyfully every day and has very positive memories of the wonderful time in Marmaris. We would love to repeat the therapy with you.

Thank you for all the kindness, help and comprehensive support from all the people that we met.