The seriously disabled Janik Schröder from Bad Ditzenbach in Germany took part in Dolphin Therapy in Turkey for 2 weeks. This was made possible through donations – also from GZ readers.

“Schblasch”, answered Janik Schröder beaming at the question to what “his” dolphin was called. This “Splash” had decisively contributed to the fact that Janik can now live with more self-confidence. The eleven year old boy from Bad Ditzenbach was with his Grandparents for two weeks in Marmaris, Turkey, for Dolphin Therapy. 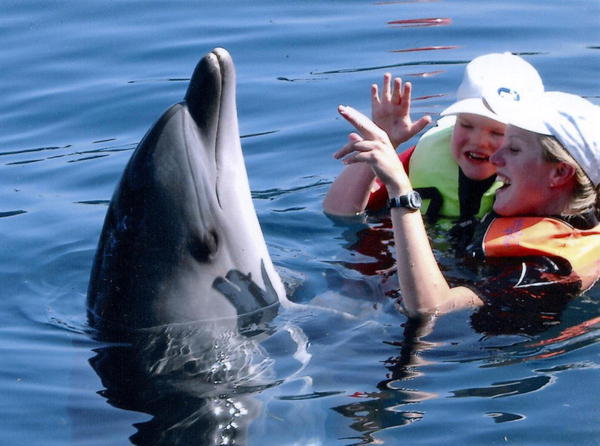 This expensive therapy was first made possible through many generous donations. Janik’s Mother, Katja Schröder, gives heartfelt thanks to all the people who have given so much help to her son. An astounding 8500 Euro has so far been contributed. Almost exactly the sum that was necessary to pay for the trip to the animal “child psychologist”.

No miracles were worked, but in the meantime a lot of progress and improvements have become noticeable in Janik. The dolphin is really an “Angel of the Seas”, as it is often described, writes the Grandparents in a thankyou letter. They were overwhelmed by the “inexhaustible potential of patience, friendliness and docility” shown by the dolphin to the disabled child.

Even during the therapy Janik, who had always been immensely afraid of animals, began to be interested not only in “Splash” but also in pigeons and cats. The boy trusted himself to feed the cats and even to kiss the horse’s soft mouth during the additionally offered hippotherapy. 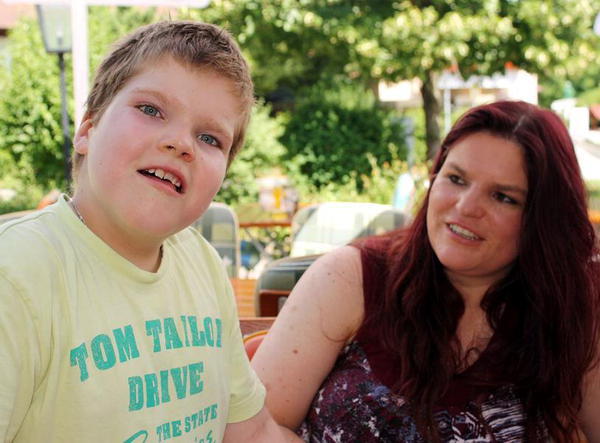 Janik’s newly acquired courage is noticeable in many respects. Even during the return journey he was able to speak many words understandably which he had not been able to do before. And the eleven year old boy was extremely happy when communication between him and his Grandparents, and even the Hotel personnel, functioned so well.

The therapists have advised the Grandparents to repeat the therapy next year. It will be at least another six months to appreciate the extent of all the improvements made, and possibly to detect an upward trend.

But even now, having returned from Turkey after 4 weeks, Katja Schröder is repeatedly filled with joy when she sees Janik practising words with his 18 month old sister. He no longer straightaway gives up on many everyday tasks when he is not successful but tries again and again. Janik’s consistant humming is constantly decreasing, his sense of balance has improved and he confronts challenges with new confidence. As on Monday for example: He wanted to cross the road from the garden terrace in the Café in Bad Ditzenbach, where his mother had met with the “Lady from the Newspaper”, to the Physiotherapist on his own. He made clear to his unsure mother through gestures that he wanted to use the pedestrian crossing and waved proudly back having completed his manouvre successfully.

“That is the first time that he has done anything like that”, said Katja Schröder quietly. Once again another of the many little successes for which she is so thankful to the donators.