Jillian is a girl suffering from a genetic error on the 23rd chromosome. She is not able to talk (she can only make phonetic sounds) and has strong muscle hypotonia as well as a mental disability. She did her second dolphin therapy in summer 2012 – after we already made a really positive experience in 2009 we did not go into the second therapy with all too great expectations. 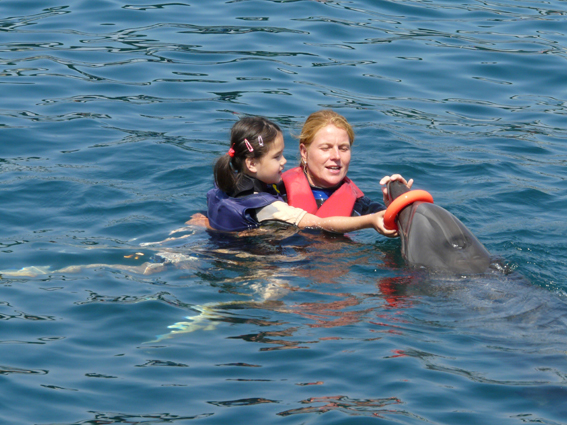 The first therapy success was so great that we assumed that a second therapy would surely be nice for her and be a lot of fun but would not nearly be able to have as much success as the first one. We were very wrong. Jillian regularly went to the toilet already during the vacation, several months after therapy Jillian is finally dry at age 9 – a step that brought new self-confidence and unknown freedom for her. Jillian learnt to write her name (when being told the letters) in the summer holidays. She has become more open and more interested regarding her environment and is obviously blossoming. Where she said “I can’t” before, she now tries with all that she has to solve a problem on her own.

She is now able to dress herself but she still needs help to put on the clothes in the right sequence. Jillian developed her mental abilities enormously in the weeks in Turkey. The language successes show this – and are mentioned by the school and the bus drivers again and again. Of course only “insiders” understand her still but my optimism has grown that there will be improvements here as well.
Health insurance carriers absolutely must recognize this therapy – it works like a cure because of the combination of different therapies. The intensity of these therapies is very demanding but is adapted extremely well to the individual state of the children. The therapists constantly communicate with each other and target their work to the “problems” of their patients – a circumstance that is not possible to this extent in therapies in Germany. In Jillian’s example, the therapy focused heavily on activating her arms.
I focused on her legs for way too long without noticing the big deficits in working with her hands – her therapists in Germany did not notice this either. Since the dolphin therapy, Jillian does ergotherapy again with focus on her hands. Thanks to the Frank Beckenbauer foundation we are again able to repeat the therapy in 2013 and are looking forward to seeing the therapists again, to the progresses that Jillian will make and to the intense experiences in Turkey. 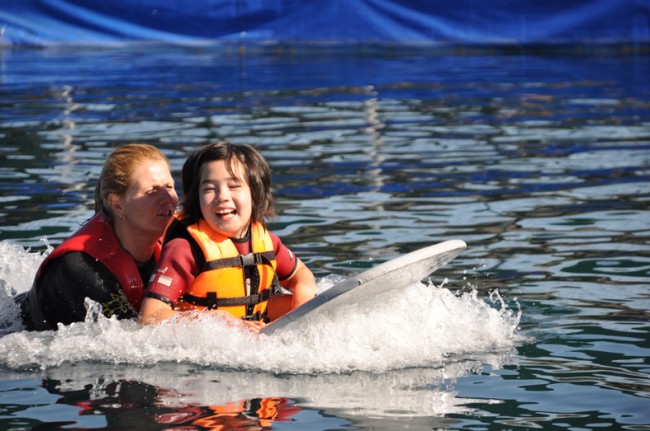 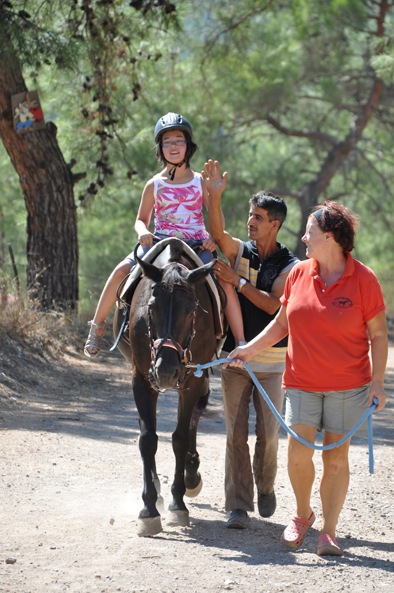