What did Dolphin Therapy do for us?

After our stay in Turkey we have been asked this question many times. The answer is not quite so simple.

But let us start at the beginning. In January 2008 we made a snap decision and applied for Dolphin Therapy for Ella. On 25.08.08 we (Ella, her brother Roman, Christine and Frank Nödinger), arrived in Marmaris. The Hotel Grand Yazici Mares (now called the Dolphinpark Mares) we liked right from the start. We had a very nice bungalow with a sea view. The very next day we were welcomed by Suna and invited to our first discussion. Later on Veronica explained everything to us and so we were keyed up as on the following day it was all to start.

At last the time had come, the first appointment with Splash was imminent. Ella was a little nervous at first but then curiosity got the better of her and she began to play with Splash. But she didn’t want to enter the water. We soon discovered why – she was missing her water wings and she knew that she wasn’t allowed to enter deep water without them. So we borrowed a life jacket so that she could get used to it for the next session. And yes, our plan worked. In the next session she didn’t want to leave the water!

Parallel to the Dolphin sessions in the afternoon, in the morning we were picked up by the mini bus and taken to the Dörtnal Ranch to Felis and Salih for riding therapy. We knew about riding therapy from home but the sessions with Felis and Salih were absolutely splendid! Our children, Roman too, were allowed on a horse each time and had bags of fun. And we parents also enjoyed ourselves sitting in the shade beneath palm trees. 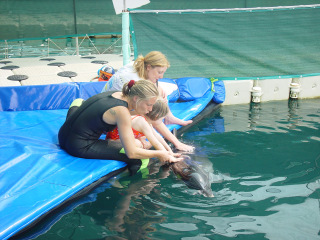 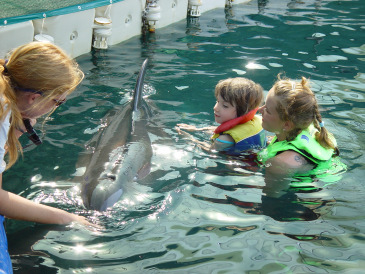 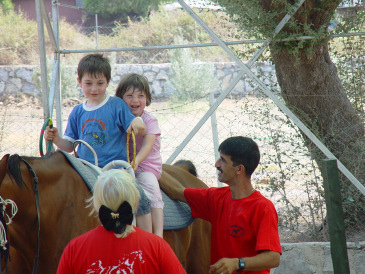 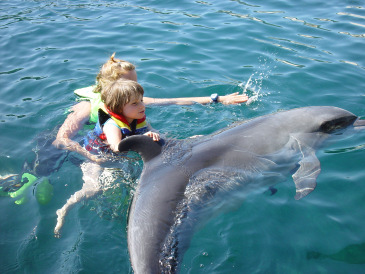 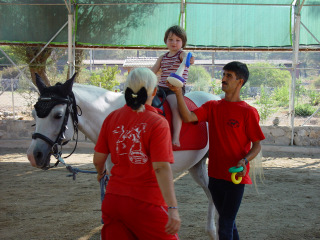 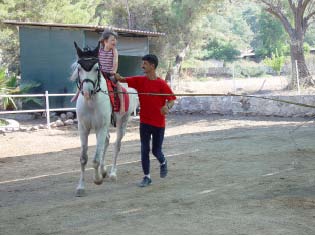 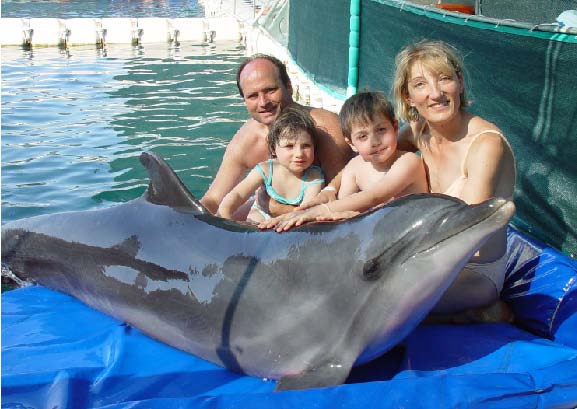 So we had 2 weeks that could have been really nice and easy going. Unfortunately during the second week the dolphin’s hormones started playing up so some changes were made to the schedule which luckily did not affect us too much. Splash not having reached puberty was quite unconcerned about it all. Thank you very much to the prudent trainer Andrea who knew how far she could go with Splash and assessed the situation very well.

At the end of our stay we were far from being stressed out and tired of therapy as we had been told to expect. Quite to the contrary we enjoyed the holiday immensely and everything had been a lot of fun.

But back to the question at the beginning:: „What did Dolphin Therapy do for us?“

We noticed that Ella’s motor activity had considerably improved.

She began to run, negotiated stairs safely, threw balls (better than her older brother) and at the moment is learning to ride a bike, having until now been riding a scooter. Her sense of balance has also improved.

Even during the therapy we noticed that her posture on the horse was improving and body movements were more synchronized. Also she was more alert and her implementation had considerably improved. Ella can carry out instructions a lot quicker and can understand logical connections better.

Also our son Roman has profited from the dolphin therapy, even though he was not directly involved. Shortly after our return from turkey he began school and is a lot more confident than he was in the last weeks at play school.

Also we met some very nice families with whom we still have contact today. Our experiences were so convincing that we have already booked our next Therapy for 2009. A big thank you to the whole team and we are looking forward to seeing you again in September 2009!

For dolphin therapy related questions you can contact Family Nodinger Esslingen via email: